Four cooling towers at the former Rugeley power station in Staffordshire were recently demolished in a controlled explosion.

Locals were encouraged to stay at home to watch the demolition.

The demolition service was live-streamed by owners Engie on YouTube to help stop people from visiting the site. However, photos taken on the day revealed a large crowd at the scene.

The 384ft concrete towers have dominated South Staffordshire’s skyline since being built in the 1950s and over the years the power station has provided electricity to millions of homes across the area.

Engie, has plans to redevelop the site for both space for employment and housing with outline planning permission being granted in April 2021 for over 2,000 new “low carbon” homes as well as a school, overall the development will include over 12 acres of space for employment, a neighborhood centre and a country park.

Construction of the facility was completed in 1972 but ceased all operations on June 8 2016.

Energy minister Anne-Marie Trevelyan said: “We are committed to building back greener from the pandemic and Engie’s low carbon regeneration project is a great initiative demonstrating how industrial sites can be revitalised to provide sustainable living.

“This innovative redevelopment will help breathe new life into the local community, providing new jobs, thousands of low carbon homes, and a new school while supporting our ambitious climate commitments.”

Rugeley was one of the area’s last links to its proud coal-mining heritage.

The first of the five towers to be built at Rugeley was once the world’s first large dry cooling towers.

In its heyday, the power station employed around 850 people.

The Final Curtain For Red Diesel

On 1st April 2022, the government will stop subsidising the tax on red diesel for the whole of the construction and plant hire industry, so it 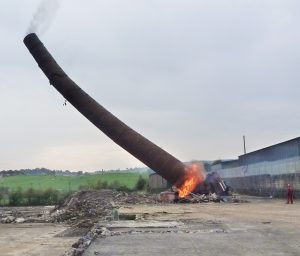 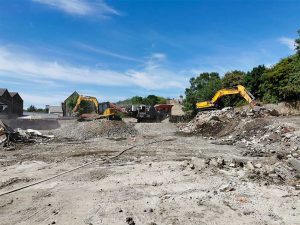